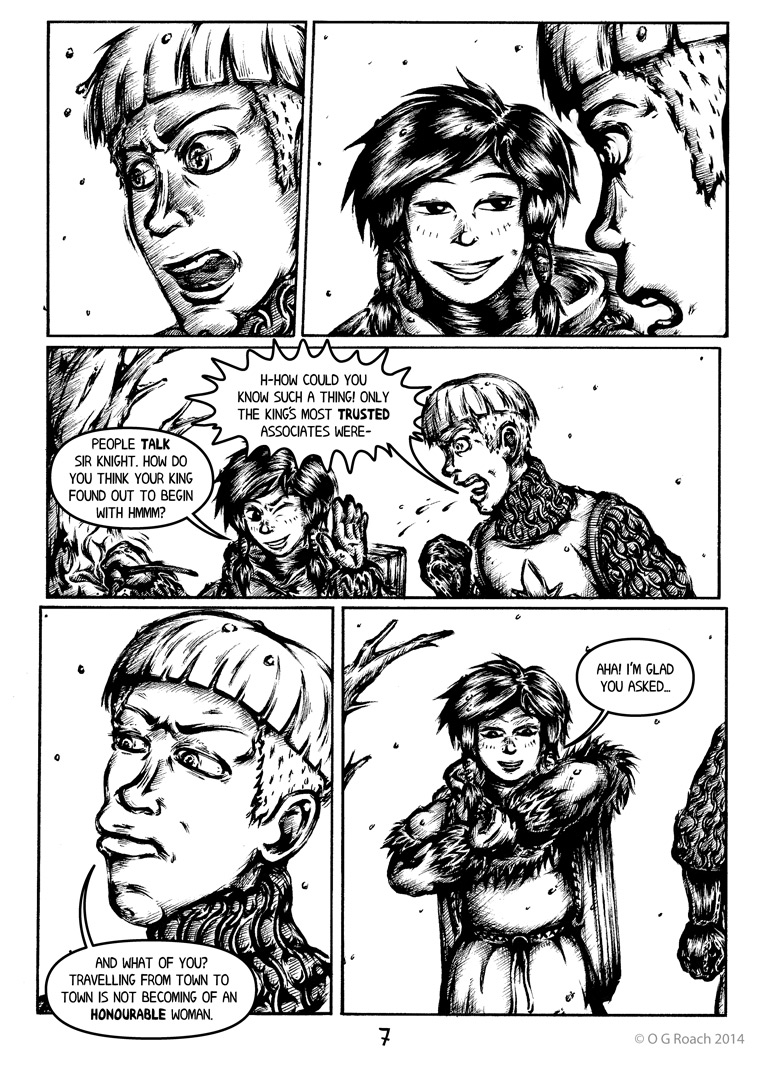 wildcard 6th May 2015, 4:11 PM
Burkhard's expressions of disapproval continue to be a source of joy for me.
edit delete

Grey Garou 6th May 2015, 6:42 PM
I thought I recognized your art style. You did that cyborg comic (I apologize, I cannot recall the name). This is an interesting change for you, art and story-wise.
edit delete reply

wildcard 8th May 2015, 9:06 PM
Correct! It hurt me a bit to let go of 'Branch' but it really was for the better since it quickly became apparent I'd written an epic I'd never draw on sensible timescale...

This time out I've tried to play to my strengths a bit more; namely B & W hatching and starting with a concise single issue story (initially) which is satisfying (hopefully) on its own terms.

As to doing fantasy I've wanted to draw some knights and monsters for a while so this is essentially wish fulfilment ;)

Thanks for looking in anyhow!

demontales 13th May 2015, 1:07 AM
That expression of disapproval is pretty great, but I don't think it beats that smug grin in the second panel
edit delete reply

chris-tar 8th Apr 2018, 4:25 PM
One could say that piety is a coping mechanism for the simpleminded, it allows for broad and sweeping generalizations.
edit delete reply
Post a Comment
(You have to be registered at ComicFury to leave a comment!)